How to ensure food security in Africa during Covid-19 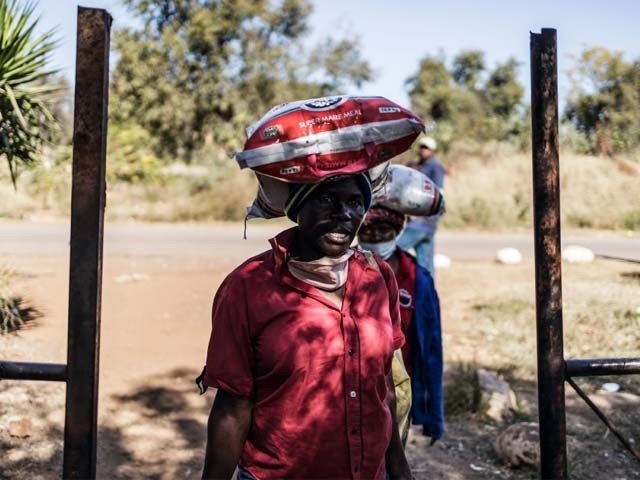 According to Oxfam, nearly 40 million people are at a risk of increased hunger and poverty. Since the past 15 years, nearly 15 million people have been facing hunger on an annual basis. With cyclones and droughts a constant recurrence in Africa, food and water shortages have become a natural recurrence instead of being something out of the ordinary. In 2015, the El-Nino drought left 40 million people without sufficient food. In 2019, cyclone Idai left nearly 8.7 million people facing similar issues. According to Nellie Nyangwa, Oxfam’s Southern Africa Regional Director,

“In the region, the pandemic is not only a public health issue, but it is also a food security issue as restrictions on movement within and across borders have slowed food systems and impacted supply chains. Many have also lost their jobs and with rising food prices, this means many more people will go hungry.”

With the number of confirmed cases and fatalities exceeding the 173, 000 and 4, 700 mark (including that of the former President of the Republic of Congo, Jacques Joachim Yhombi-Opango, and the former Prime Minister of Somalia, Nur Hassan Hussein), this pandemic has successfully penetrated each country of the African continent by now. Egypt, with a total of 31, 115 cases, and South Africa, with 43, 434 cases, have been the hardest hit.

With food and other essential items becoming unaffordable for the region’s poorest, smallholder farmers have resorted to disposing off their productive assets to ensure survival through the pandemic. This, in effect, increases their long-term vulnerability and poverty levels, with the already poor being pushed deeper into the throes of poverty. Current speculations reveal that more than 150 million Africans are expected to lose their livelihoods as a result of this deadly virus. Including those reliant on these 150 million for sustenance, around 400-460 million Africans will have to struggle to have their most basic needs met. For the chronically poor who allocate 60-80% of their income to basic foodstuff, income loss would eventually translate to skipping meals, reducing caloric intake and in the worst-case scenario, lead to acute malnutrition and stunting amongst children.

The current situation is further exacerbated by a severe lack of adequate social protection policies in place. South Africa and Zimbabwe are the only two countries having an Unemployment Insurance Fund and a National Social Security Fund in place for formal workers. Even though 17.8% of the continent’s workers are covered by such programmes, these schemes are prone to conveniently exclude the most vulnerable and marginalized from their safety nets. As with Pakistan, another equally pressing concern for East Africa is that of the unprecedented locust infestation which has significantly disrupted food production. With Covid-19 on the fore, steps to be undertaken for crop protection have been unduly delayed.

In Ethiopia and Kenya, the Food and Agriculture Organisation of the United Nations (FAO) speculates that nearly 100,000 hectares of agricultural land has been severely affected by locust swarms. Fears of a new swarm have recently come to knowledge, this time in Somalia and Yemen due to changing wind severity. This natural calamity could result in significant economic losses ranging up to $8.5 billion. Combined, these crises can have a massive multiplier effect and can further ride up prices for food crops, thereby exacerbating the shock expected from reduced income levels. Of particular concern is the growing plight of refugees and internally displaced individuals as well as those residing in conflict-prone, fragile and politically unstable areas. This further raises the question of the type of coping mechanisms adopted by these vulnerable communities to survive these ill-fated tragedies.

Clearly, there is a trade-off involved between containing and managing the Covid-19 pandemic and the rapidly rising levels of food insecurity. With the former involving heavy reliance on lockdowns, curfews and the need to observe social distancing measures, the latter is concerned with increasing mobility so agricultural inputs and food supplies reach both the farmers and the markets unhampered. To mitigate the impact of Covid-19 on agriculture, governments and donors should set action plans and map out future policies that provide fiscal stimulus packages to bolster Africa’s food security. The proliferation of government relief can be done through the provision of multipurpose cash transfer grants that help facilitate farmers in purchasing food, seeds and fertilizers, thereby increasing their food supply.

Furthermore, steps such as subsidizing farm inputs can be undertaken to help strengthen prevalent food systems and make them more resilient to any climatic shocks to be experienced in the future. To become more proactive in strengthening food supplies and reducing sensitivities towards inclement weather, countries like Mozambique and Ethiopia have developed heat-tolerant bean seeds and are using rust-resistant wheat varieties. Some countries, such as Kenya, have set up a food security “war room” that helps manage food systems through gathering relevant data on agricultural items. These response units, also commonly known as Nerve Centers, help governments in becoming more proactive and implementing relevant guidelines and policies. By taking decisive action and putting relevant systems in place, Africa can strive to strengthen its agricultural and food systems and build longer-term resilience such that prosperity and stability is ensured not only for the duration of the pandemic but well after it ends.